You are viewing entries tagged with the keyword Dog Bed 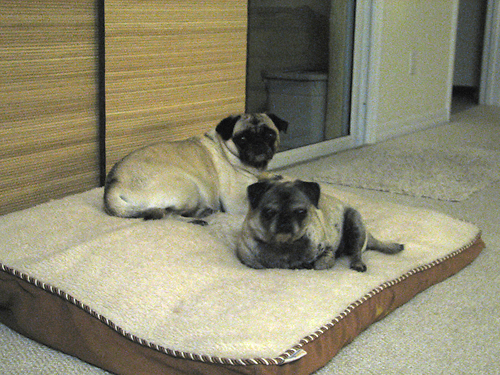 We have had the big dog bed in the living room forever, so naturally the original pillow has worn a little thin.  Recently, I put an extra pillow in the case from a different dog bed that the pugs didn’t use too much to fluff things up again.  The pillow I added, however, was not nearly as big as the original pillow, so there is now two tiers of sleeping space on the dog bed just like stadium seating.  The other night Luna was on the lower level and Henry was in the nosebleeds.

Nobody puts Luna in a corner! 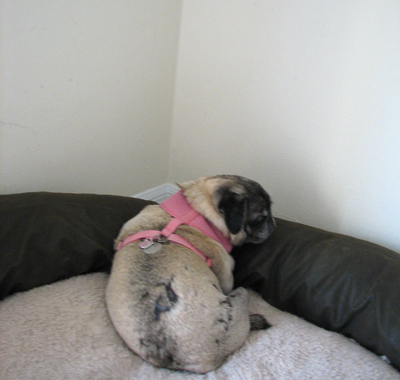 By the way she sleeps, you would think Luna was punished all the time.  Rather than sleeping with her back up against the bolster on the dog bed, she likes to use the bolster as a chin rest.  Which means she lays there facing the wall like she has been punished.  She’s a funny little girl!

From this angle, you can also see her missing fur patches.  The ones on her back are the worst.  But luckily she is no worse for the wear.

The Princess and the Pea 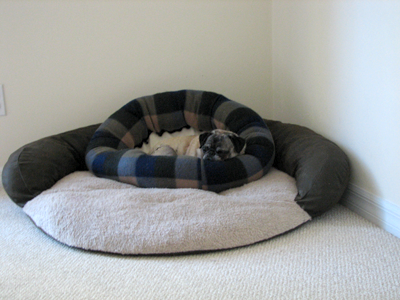 Benjamin & Henry always hear us talking to Luna and referring to her as “princess.”  The boys weren’t entirely sold on their little sister being a real princess so they put her to the test.  They remembered the story The Princess and the Pea and they decided to use the same technique to prove whether or not Luna was a real princess.  They snagged a pea from their dinner bowl and put it under the dog bed in my office.  They then stacked another dog bed on top.  Sure enough, Luna took the bait and tried to make herself cozy, but wouldn’t you know, she just couldn’t fall asleep because there was something hard under her bed!  To their dismay, Benjamin & Henry learned that their sister is infact a real princess. 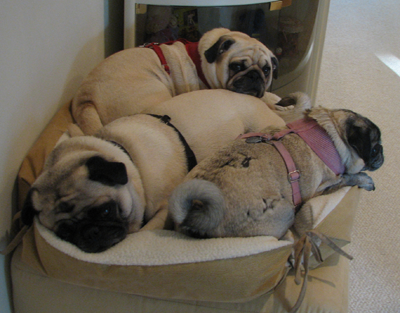 The boys and Luna usually always snuggle together, but sometimes they just make me laugh.  Henry was still snoozing in bed, when I was trying to make it the other morning, so I put him in the little dog bed in the living room.  Before I knew it Benjamin joined Henry in the dog bed.  Luna didn’t want to be left out so she squeezed herself in as well. 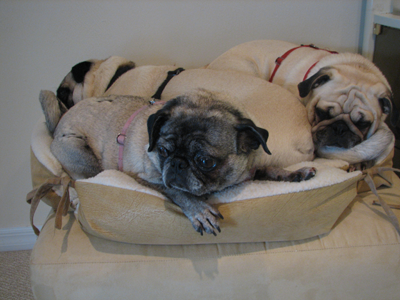 The expression on her face is just priceless.  She seems to be saying, “Geez…having brothers is nice, but you would think they could leave a little bit more room for their lil’ sis!”

All Henry has to say is, “I was here first!” 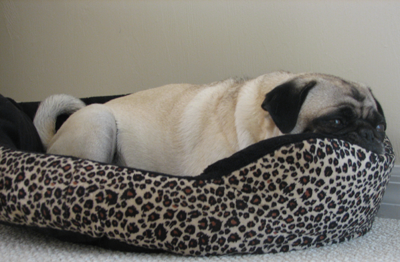 The good folks at Bow-Wow Pet saw our post about their dog bed and were nice enough to send us two more of their beds so that each of the pugs would have their very own bed. 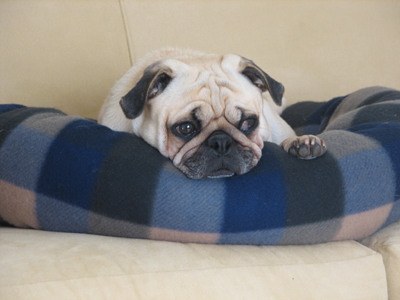 As soon as I got the beds out of the box, Benjamin & Henry were ready to test them out.  Both boys agreed and thought the new beds were very cozy. 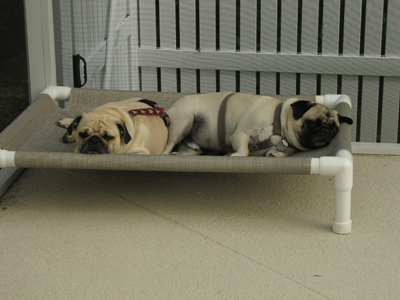 On cool days, the boys like to lounge outside my office door in the screened-in part of the yard.  They are out there a lot soaking up the sun’s rays so awhile back I thought I would buy them a nice, comfy, outdoor bed.  The bed is meant to be used outdoors and it keeps them up off the ground.  The way it is constructed the bed part sags in the middle so it is kinda like a little hammock.

When the bed finally arrived, I was very excited and as soon as I put it together I knew the boys would just love it.  Well it turns out that the boys were less than enthused.  They wanted nothing to do with the new bed and instead they opted to either sleep on one of the chairs outside or even the ground.

So the bed just said outside for a few weeks and then I noticed that the cat started using it. 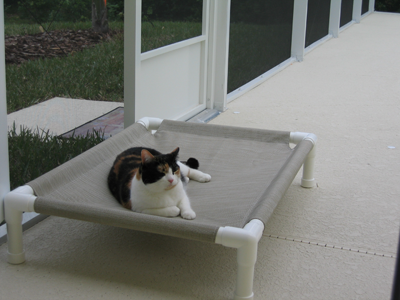 The cat found it plent cozy and started spending a fair amount of her time napping in the bed.  Well, wouldn’t you know that as soon as the cat started using the bed, the boys started to show some interest and suddenly the bed was good enough for them to sleep on.

So the once never used bed is now the favorite outdoor sleeping spot for everyone.