You are viewing entries tagged with the keyword Bone 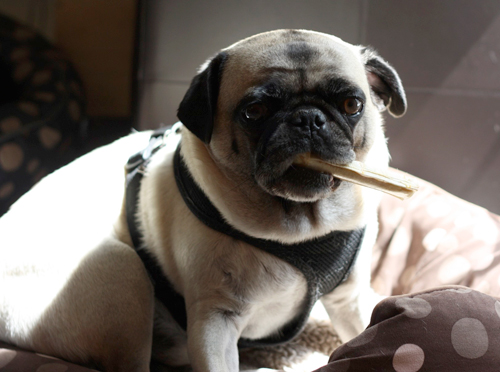 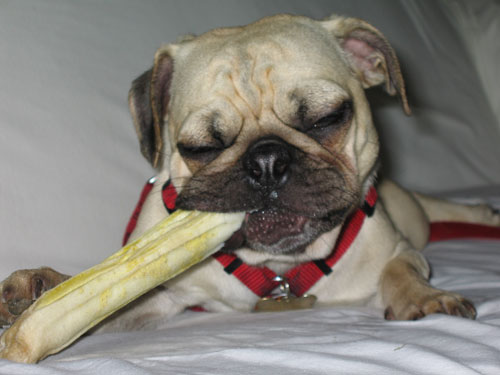 Another one from the puppy files. Looking forward to your captions in the comments.

Filed Under:  caption this, bone, benjamin 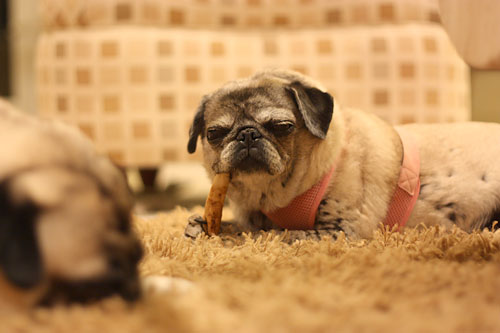 For the last few months we have been noticing a trend with Luna. Specifically, that you have to drag Luna out of bed in the morning. She has no interest in anything going on around the house that happens before 10am. And why is Luna so tired in the morning? Because she stays up all night chewing!

Well, not all night because we take her bone away from her when we go to bed, but from 9pm to 11:30ish each night, you can find Luna chewing one of her bones.

The boys are usually sawing logs by 8:30pm, but little Luna, she is just getting started at that time of night. You can even see Henry sleeping in the foreground of the picture while Luna steady chews.

Whoever named Luna could not have picked a better name her because after dark she is the only one stirring around here. 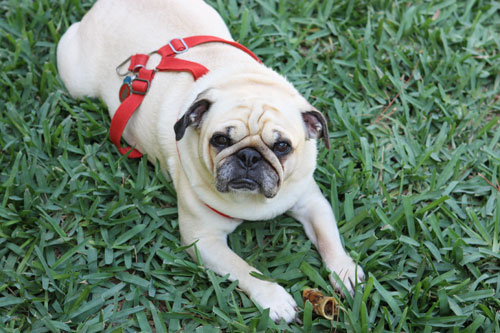 Filed Under:  caption this, bone, benjamin 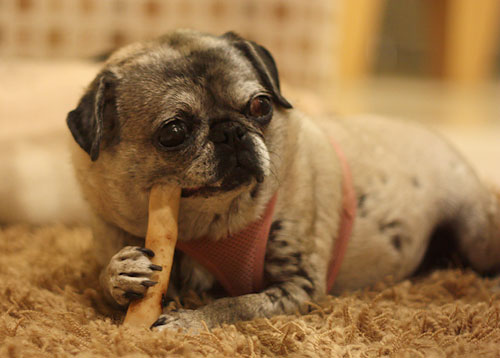 Luna was happily chewing her bone in the living room when someone walked into the kitchen. Not wanting to overreact and lose her bone to one of her brothers, Luna continued to chew the very tippy top of her bone and cast a discerning eye toward the kitchen.

If just Luna was chewing it, a bone of this size, would last Luna a lifetime. I would say she is more of a nibbler than a chewer. But even though she doesn't make much progress when chewing she loves to spend a little time each night nibbling away. 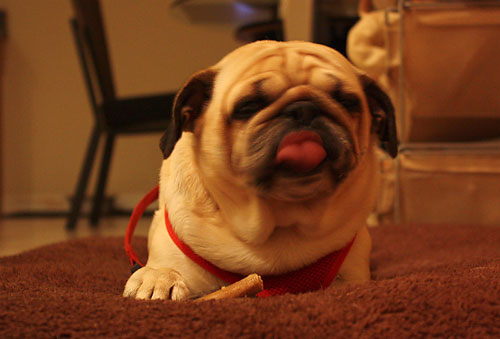 Comfort food. That is what this last week has been about for people and pugs alike. 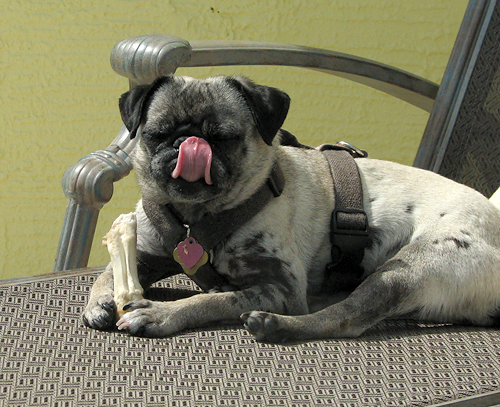 One from the archives of little Luna shortly after we adopted her in 2006. Looking forward to your captions in the comments.

Filed Under:  luna, caption this, bone 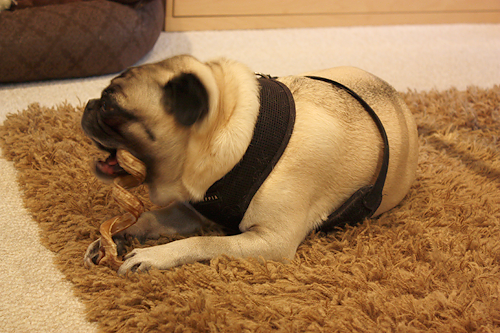 Each one of the fawn pugs received a flossie in their stocking at Christmas courtesy of their sister Solsey. The pet store where we were buying the dog food that Solsey was eating at the time had a promotion during the month of November & December that if you bought three cans you would get a Flossie for free. So, Solsey happily pledged her commitment to nine cans and earned three free flossies. One for each one of her siblings.

Benjamin, Henry & Luna were very thankful for Solsey's thoughtful gift and happily chewed their treat on Christmas day. And each day after Christmas, Henry went off to chew his flossie after dinner without fail. It was like his dessert. He enjoyed his flossie so much that we got another round when they finished up their gift from Sol.

Her Version of Chewing

Luna loves to chew as much as the boys, but she has her very own way of doing it. She doesn't really chew a bone, she gums it. She'll take the tiniest piece of bone and gum it to death. Here is a little video of Luna in action.

Luna Chewing from obp on Vimeo.