You are viewing entries tagged with the keyword Dog Clothes

The box of goodies sent by Huckle, Abby & Gracie had so much good stuff that I don't event know what to show you first. But, this shirt really did make me LOL.

I'm not sure if there could be a more appropriate shirt for us considering that Cupid, our cat, really does think that she owns the pugs. Silly cat! 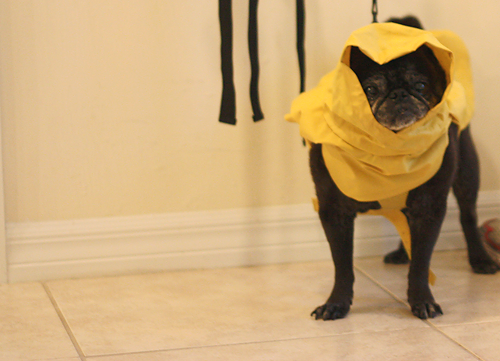 When Sol first came to us she didn’t seem so pampered, but now that she has been here a while she has quickly gained a serious sense of entitlement.  For example, she is seen here wearing a raincoat.  This was our vain attempt to help keep her a little bit dry in the continous down pours we have been experiencing over the last couple days.  However, while wearing the raincoat, she did not move once outside.  Instead, she insisted on a more appropriate form of accommodation.  A yacht pehaps, Sol?  We ended up taking off the slicker and toweling her dry once again but she seemed extremely displeased with the whole rain event we are in the midst of.  Poor Sol.  Rags to riches to slightly damp.  Poor poor Solsey Baby. 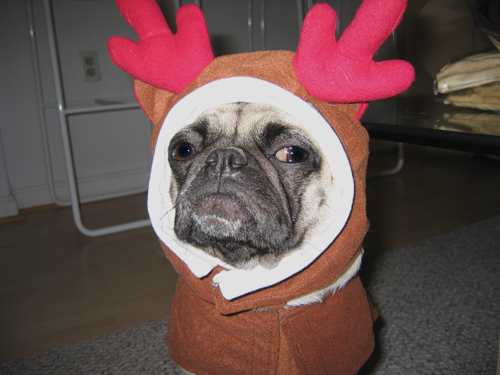 I know this is a duplicate Caption This photo, but I just couldn’t help myself, I had to use this shot again.  For Henry’s first Christmas we dressed him up as a reindeer.  He was thrilled, can’t ‘ya tell?

I shot this video the other night when I was taking some photos for Sunday’s Fashion Forward post.  Luna’s not just an adorable face, she is also a tough, little guard dog.

Guard Dog from obp on Vimeo. 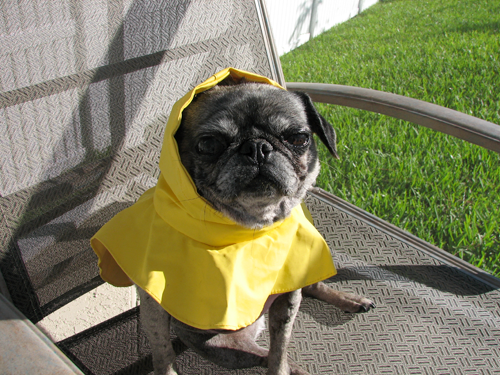 We could desperately use some rain here in Central Florida, so I thought this would be an appropriate Caption This for the week.  Looking forward to you captions in the comments! 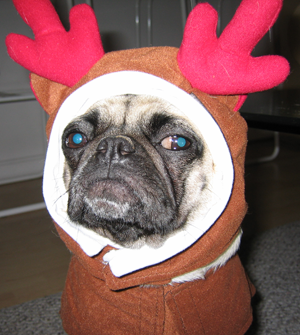 Here’s one from the archives of Henry dressed as a Reindeer.  Out of all the costumes he has ever had, I think he was the most disgruntled about this one.

Looking forward to you captions in the comments! 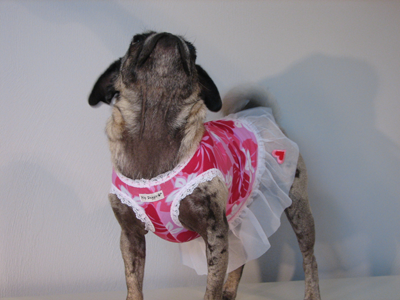 Here is one of Luna modeling her fancy dress.  Oh, I can just imagine all the things running through that pretty little head of hers.  What do you think she is saying?  Put your caption in the comments. 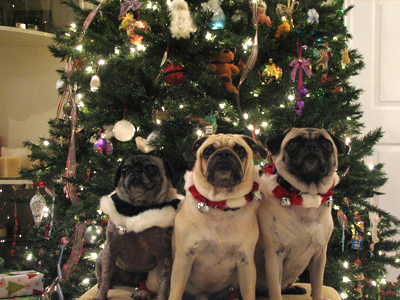 G-Ma and G-Pa are coming to town, so that means that the pugs are going to go from spoiled to super spoiled this week. 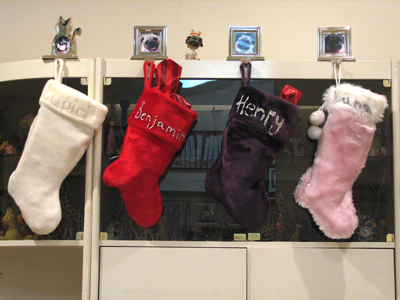 I hope everyone has a safe and festive holiday season!  Everyone here at the Pug Blog, including Benjamin, Henry and Luna, wish you good cheer this holiday season.

To help celebrate,  here are a few of our old holiday photos from before we even had Luna.  Its hard to believe there was a time that little Luna wasn’t part of the pack.  In any case, these photos of Benny and Henry always make me smile.  Benjamin is in his Santa outfit and Henry is dressed as a reindeer and he is not one bit amused by his outfit. 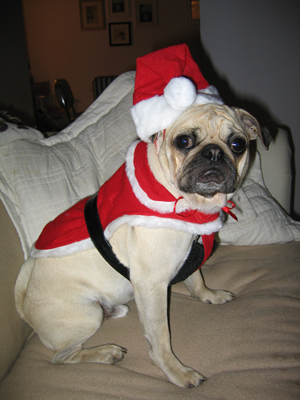 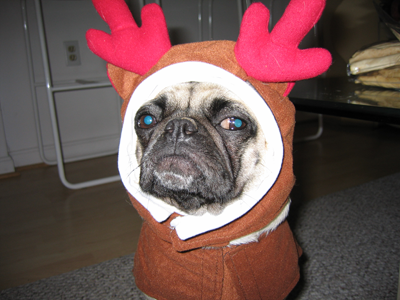 The Runway - A kerchief, too 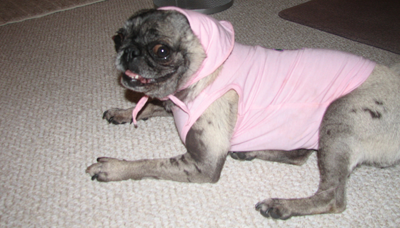 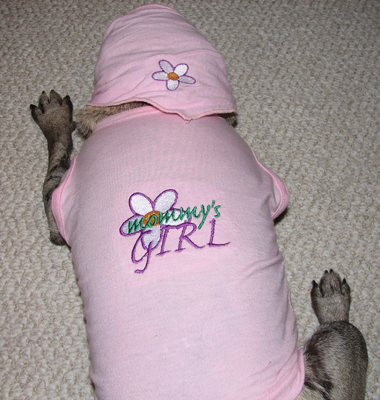 This is Lunaâs Mamaâs Girl outfit.  It has a little bandana that she can wear around her neck or like a little kerchief like they wore in the olden days.  It doesnât make her eye sore look very flattering and she does look a bit orphanly, but she is such a sweetie she can pull anything off!  She even let her sister, QP cat, wear it, too.  It is so sisterly to share clothes!  Cupid likes Luna the best of all the pugs.  Must be a girl thing. 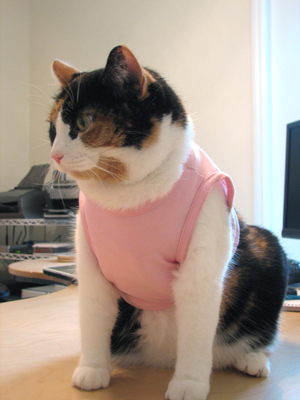 Last week we showed off Luna’s new sundress and we were wondering if you dress your pug up.  Let us know by voting in our latest poll.