You are viewing entries tagged with the keyword Food

You may be wondering what the heck Luna is eating out of, but before you think we have officially lost our minds let me explain. This is our version of a raised feeder for Luna. I know, there are plenty of raised feeders out there and I'm sure I could find a few if I spent less time shopping for dog begs, but I have looked for feeders for Luna and haven't found any that fit her needs.

With Luna's neck issues, she does't like to bend down to eat from a bowl on the floor. So, we need some sort of a bowl that is angled that allows her to eat with minimal strain on her neck. The feeders we have looked at have either been too tall or too low or don't have the right angle. So, we went about creating one ourselves. It isn't aesthetically pleasing, but it gets the job done.

Good news for the pugs - Pumpkin bread is back at Bob Evans! We brought home a special loaf to share with the pugs and they were so excited I couldn't torment them by making them pose for pictures. Let's just say it went a little like this.

But, I think the surprise of the day was when Cupid showed interest in the pumpkin bread. She didn't actually eat any, but she did spend a good 5 minutes licking the crust. It's official. She has been hanging around the pugs way too much! 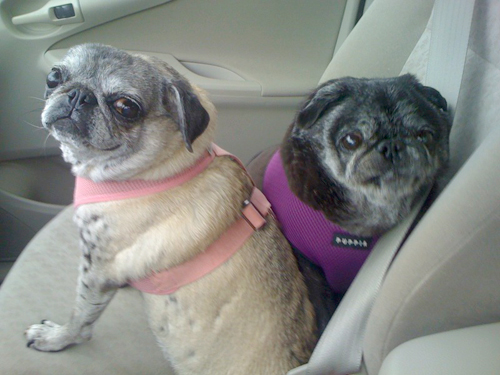 I always talk about how much of an impact that Sol has had on my life, how she taught me so many things in her subtle ways. But, I think Sol impacted Luna as well.

Solsey had a calming effect on Luna. Since the day we adopted her, Luna was always a very nervous dog. Loving, but still nervous.

After spending time with Sol, Luna significantly calmed down a bit. She seemed to trust us even more. It was like Luna and Sol could relate. They both came into our home in similar circumstances and Sol told Luna it was OK. Relax. You're good now. Solsey conveyed something to Luna that humans could not.

In addition to helping Luna heal, Sol also taught Looney a few tricks. Before Sol, Luna would eat almost anything we put in her bowl. Sometimes begrudgingly, but she ate it nonetheless. Solsey taught Luna that if you don't like what is in your bowl, object. Heck, Solsey demonstrated how to object quite frequently.

And Solsey has taught Luna well. Luna continues to object to her mid day meals to this day. At lunch time, the pugs get a little bit of kibble. Since Luna has a hard time chewing the kibble, we give her a little bit of wet dog food. Well, there are a few flavors that Luna does not care for. When we figured out that Luna did not like those flavors we did not continue to buy them anymore. But, we didn't want what we had on hand to go to waste, so we would put down the food and if Luna objected, we would top the food with a tiny bit of cat food. Luna would then happily gobble down her food.

Well, what a big mistake that was! Now, at lunch, the little miss, sniffs her food bowl and if there is no cat food on top, she walks to the center of the kitchen and stares at you, wagging her little tail. She'll look at you, then look at the cat bowl, then back at you. And until you put a dab of cat food on top of her food she will not eat.

I'm sure Solsey could not be prouder! 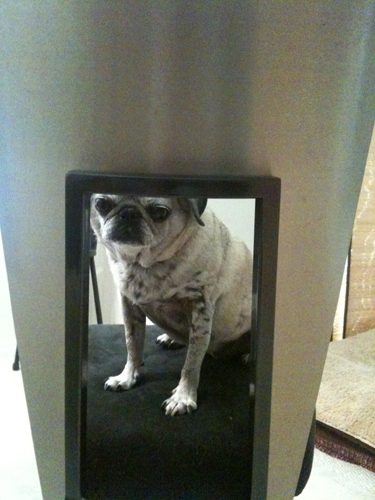 It cracks me up when the pugs peer through the cutout on the back of the kitchen chairs. You really can't do anything in the kitchen without them knowing about it. 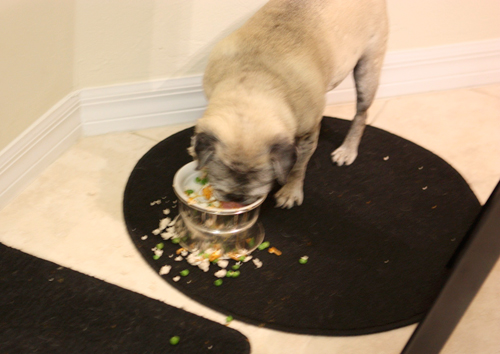 Seriously? I don't know why we even bother giving Luna a bowl. I think she might just prefer it if we dumped her food on her placemat. 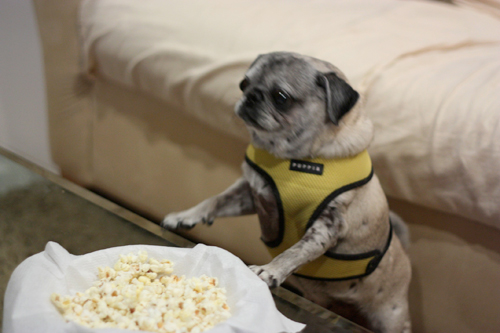 Filed Under:  luna, food, caption this 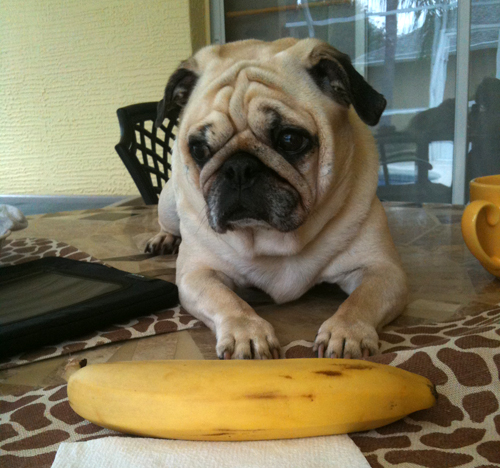 Filed Under:  food, caption this, benjamin

Fruits of his Labor 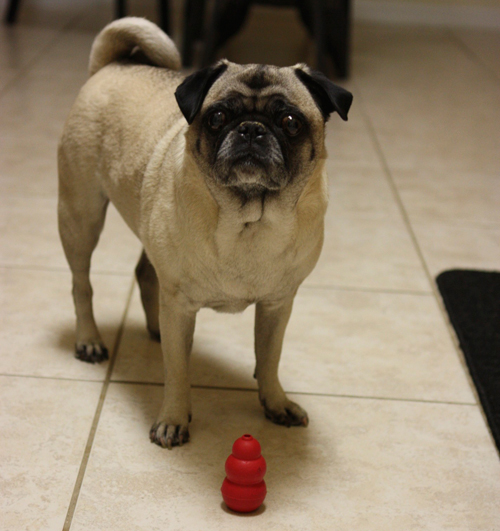 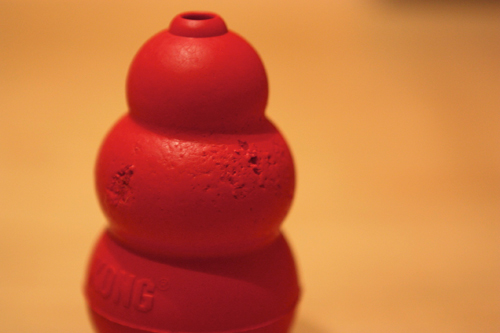 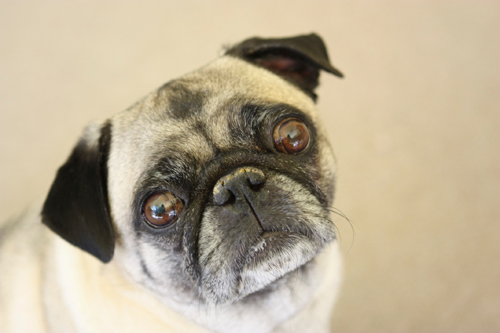 This is Henry's, "May I please have a piece of the banana you are eating" face. 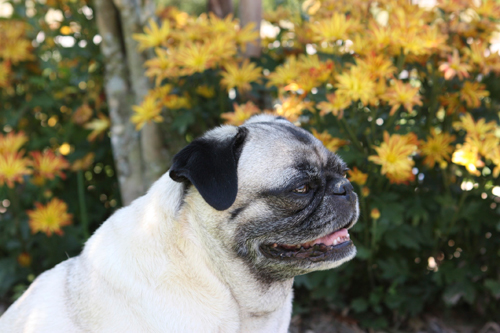 The pugs are so used to me taking pictures of them that they pretty much ignore me when I have the camera out. So, sometimes, the difference between a picture like the one above where Henry is like whatever and the one below where Henry is engaged in what is going on is a simple question. 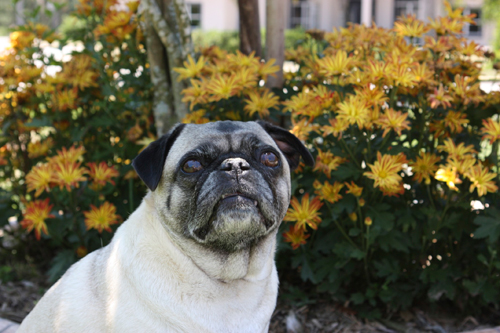 It's funny, I don't know how many times I have asked that question in the last 9 years, but never have the pugs answered, "Nah, not really." I always get an emphatic YES!